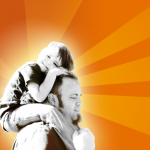 Not getting much sleep, I started to stress over — of all things — my thesis project, which I still have to write and present my proposal for.

In the past I have toyed with everything from trying to do a cartoon, to some sort of social networking tool that allows the user to create digital narratives, to building a weight loss community. I then had the idea of designing my own collaboration tool for working on large scale media projects (movies, commercials, videos, etc.). I got pretty excited, so I proposed this idea to a couple instructors.

I was then confronted with a pretty big question. What do I want to do? Do I want to be a designer, or be a developer? Those questions really made me think about my role as a designer, and where I am at currently.

The answer is… can’t I be both. Considering that there are so many freelance designers on the market, the number of open sourced application and design frameworks, and the demand of clients to have a web page DO something than just look pretty requires web designers to be, in part, web developers. That’s not to say that there developers have to be designers. In fact, it may be better that the developers are just developers. They are pretty much the first people designers go to when the app is broken and they can’t figure out why (at least I do anyway).

I know no Flash designer who only works in the graphical timeline; Very few actual web folk use DreamWeaver anymore, or at least that is the anecdotal opinion of people that I talk to; and the sheer number of jobs on CraigsList suggest that front end designers must have some sort of experience with JavaScript libraries like jQuery, MooTools, or even CMS frameworks like Drupal and Joomla.

This tells me that the creative work force has to be prepared get there hands dirty. Designers need to roll up there sleeves and muck with the code as much as they create vector masks with the pen tool.

That said, I would argue that web design is 9 parts design and 1 part development – when you are in the design phase. When the site, or app, is ready to be built that ratio gets flipped. The ratio then becomes 1 part design and 9 parts development, unless you can find someone else to do the development. The ratio is dependent on the part of the job that you are working on. When you design you have to think about usability, interaction, and functionality as you set type, pick colors, and layout the grid. When you begin the development or production portion you then have to make sure that styles are correct, spacing is correct, and color is well balanced as frameworks or chosen, databases are written, and all the nuts and bolts of the app are constructed. Things can and do change when you translate a JPEG into HTML. A designer has to prepare for that eventuality, and how the design will change, and how that change will impact the site flow.

Of course all this has been going on for years (close to two decades now), and the web is still evolving at a rate than most people can keep track of. I can almost guarantee you that if you took the number of grammatical errors in this post, and compared it against the number of times the web has evolved in the span of reading this post that the web evolves faster than I can screw up the English language (okay, maybe not but I need to make mysel feel good).

When it comes to web design, I am just now getting to the party. To most people, a lot of what I just said will seem like old hat. Those people I look to for guidance. They have a way of seeing the web that I can only hope of seeing.