Believe it or not, I didn’t start in design. I never studied computer science. I didn’t have any formal art training until years and years after I started down this road. In fact when I started there was no such thing as UI, or UX, or Front End Developer. There was barely even any study as what made good sites usable. They were all just designers. The website WAS the UI. Good usability WAS UX. There was no classification across disciplines. There were print people and there were electronic people, but this was more out the technology at the time.

I started in Theatre. I did audio design and production. I set up speakers, and mics, and ran soundboards, and wore headsets, and selected music and sound effects. I also did set construction, and eventually I designed set pieces, and what I wanted to do was to make movies. Really bad ones that would be seen by three winos at 3 AM – and my mom. This led me to study audio and video production. Geocities was getting big, and so I thought I would try out this crazy thing called the Internet. I built my homepage, and realized that I could make stuff.

For me the web has always been about making stuff. Digital stuff. Not tangible stuff, but still… stuff. And I wanted to learn how to make all the stuff. I wasn’t satisfied just learning how to build a webpage, but how do I take that same content and make it translate in a print world. Do the skills even apply from one to the other? Largely, yes.

All design fields start from the same point: Convey a message and do it well. When you have that in the back of your mind, you realize that the skills aren’t that different. It’s much like a painter sculpting. It’s really not that hard to fathom. Different media, different materials, but similar skills. So I am perplexed when designers want to pigeonhole themselves into one area. They found their comfort zone, and heaven forbid they move.

“Write code? No thanks, I’m a print designer.”

“Create a billboard? No thanks, I’m a motion graphics designer.”

“Design an email? No thanks, I’m a UI/UX designer.”

SCREW YOU ALL!!! YOU ARE A DESIGNER!!! If you don’t know how to do it, learn. By necessity, designers need to branch out of their comfort zone. The only reason the design is segmented is not because the disciplines demand it, but that the amount of work demanded it. We needed to segment ourselves because one person can’t do it all. That makes sense. Living in that comfort zone doesn’t. 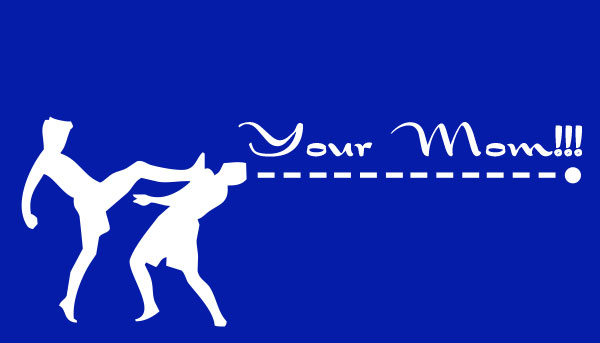 In the restaurant world, you may have a favorite cuisine that you like to prepare, but if you don’t know how to adapt to new flavors, new methods, and new trends you’re sunk. The same as design. You can either adapt to the project, or you can move aside and lose the work.

When I go into an interview, I am always surprised when the interviewer is shocked that I can design a poster, edit a video, develop a website, or create graphics for booth displays. I’ve made motion graphics, designed whitepapers, developed prototypes, carved tikis, developed in Node.js, and created responsive HTML emails. Why? Not because I am some mythical unicorn, but because it’s my job. Design is about adaptation. It’s not some static process. It’s a dynamic discipline that constantly changes. In this day and age if a designer doesn’t have at least a base knowledge of what it’s like in the development world, that designer is going to be stuck in a very limited position. Not too mention that the designer won’t understand the trends, or be able to keep up with the changing landscape of content delivery.

I come from a discipline that views creativity as not just a way of brainstorming new ideas and making pretty picture, but is rather a fluid process. It takes research into business goals, competitive analysis, and current trends. No creative artifact exists inside a vacuum. All artifacts are built upon artifacts that came before it. In my case, all of my creative work comes from years of working in the theatre and restaurants. It was in restaurants that I learned balance and composition. It was at this time that I was learning about script writing, the rule of thirds for video productions, and narrative. These two disparate fields informed one another into what would become my creative background. I look at all creative work as a process that needs to be tested, revised, and revisited. Though print, video, and web appear to live in different worlds, the truth is that they are more connected than people think, and the skills, though not one to one transferrable (maybe more like 1 to many, or many to many), do complement each other.

As a producer this puts me in a real weird spot. I am often called a unicorn. I float between disciplines fairly easily, and really that is how I like it. Whether it’s audio design and production, motion graphics, video editing, or UI/UX design, the tools to create these artifacts are just that. They are just tools. Not having a base understanding of many of these tools is akin to an architect not knowing how to use a hammer or a saw. As a designer it’s important that I understand the available tools needed for a job, and as the web become more a source of media delivery understanding and practicing video production as well as creating print posters, designing display booths, and websites are a necessity.

One response to “Unicorn Syndrome: Or Shut Up and Make Something”